On a Cambodian Highway

Produced twice by New York's Third World Theater, "On A Cambodian Highway" is a two act, 90 minute, cast-of-four play that takes a radically different perspective on racism in America.  Racial dynamics are seen through the lens of the Robles family, second generation Puerto Ricans, and the rivalry and affection between two brothers (Chequi and Eduardo), their surrogate father figure (Tommy), a criminal lawyer, and the haunting love all three have for the brothers' sister (Soledad).

The two-acts take place in a small room adjoining an emergency unit in New York's Lower East Side where the brothers have been escorted after they came to the hospital upon learning their sister had overdosed on heroin.

The ensuing interactions between the three characters reveal deep fissures in the family, fissures rooted in race.  These fissures are common to many Puerto Rican families, but they refract racial dynamics in the American society as a whole.

Chequi who is light-skinned, considers himself black while Eduardo who is dark-skinned considers himself white.  These are not just surface descriptions but go deeply into the structure and composition of their identities.

During the play, their highly-charged differences clash as the secret wrongs all three men have done to Soledad due to race over the years are gradually exposed, forcing them to see how their  adherence to racial imperatives have warped their lives and led to the ruin of their sister.

It deals with Bob Beers, one of the leading figures of the American folk music renaissance of the 1960s.  He performed with his wife Evelyn and daughter Martha as the Beers Family Trio in thousands of concerts throughout the United States, including Carnegie Hall, Lincoln Center, major television and radio networks, the Newport Festival, and 26 countries.

His efforts helped bring the vibrant traditions of Scotch/Irish folk music to ever widening audiences — before a fatal automobile accident cut his career tragically short in 1972.

Much of the music that Bob played came from one man, his maternal grandfather, Wisconsin native, George Sullivan.  Bob learned hundreds of songs and tunes as well as the art of playing the fiddle from George, whom folklorists consider a seminal influence in American music.

The folk musical I've written, The Great High Wind, captures the compelling relationship between Bob and his grandfather through the music they shared and some of the moments they lived together.  It focuses on the memorable day in 1943 when George suddenly called Bob out of the university to share with him a clarifying precept that defines the foundations of Scotch/Irish music and would come to define Bob's life.  What passed between George and Bob on that day can live in our hearts as freshly now as it has lived in the hearts of generations of Celtic peoples.

The radio version of The Great High Wind has been produced by Glenn Carlson's Audio Theater in San Francisco. The audio version is in two acts.  The play runs one-hour and forty minutes. Link is available. 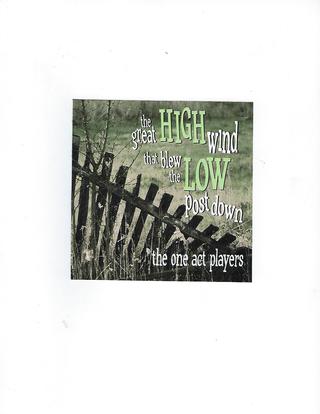 Death Before War deals with the murder of a beloved, Marine battalion commander during a peace-time military exercise in 1964 on a Philippine island that transforms the lives of two Marines, a Catholic priest, and a prostitute.  Combining elements of adventure and murder mystery, this work of literary fiction elaborates a dark, existential prophecy that will haunt these, other American troops, and ultimately the nation, in the tragic war they will soon become involved in, a prophecy that resonates today. First book in a quartet of novels. (Published in 2019.)

The novel of this proposal, Jan, is the second I have written in the project. It deals with the sexual pilgrim's-progress of "Jan," a 48-year-old physician who experiences a calamitous LSD trip during the 1967 "summer of love" in New York's Lower East Side and is briefly confined to a Vermont sanatorium. Trying to piece her life back together, she starts up an alcoholics' treatment home in the New Mexico desert and comes to discover the curative powers of her sexual orgasms – sweetened by micro-doses of LSD. This revelation of sex, sex as a spiritual/curative dynamic, such as manifested by many tribal cultures, by Tantric practices, and by the ancient goddess religion of the Middle East, defines her relations with the men under her treatment but ultimately leads to violence and madness and attempted pagan sacrifice and suicide — from the ashes of which, however, rise a strangely redemptive vision.  Second book in a quartet of novels. (To be pubished 2020.)

After he is thrown off the team for fighting, 16-year-old Sonny Street seeks to re-establish his position as star wrestler and to close the distance between his father and himself which has been increasing since the death of his mother. 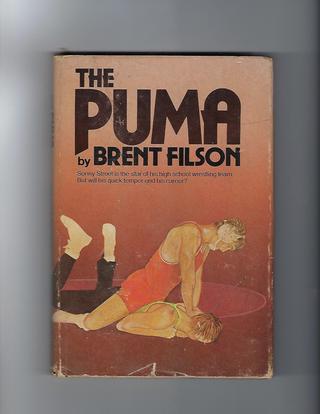 A high school student spends the summer with her uncle in California fighting fires in the local valleys and falls in love with life changing results. 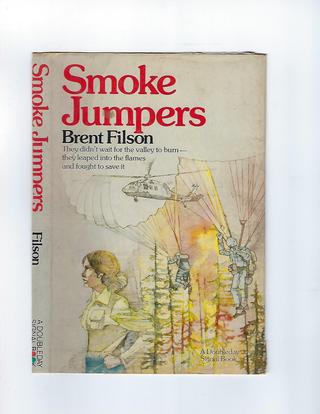 Two brothers find trouble that brings them closer together. 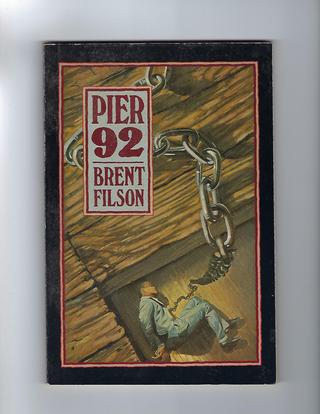 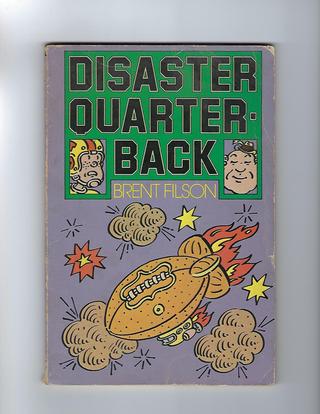 A space race leads to new perspectives in a boy's relationships. 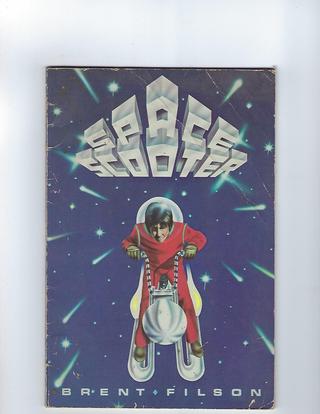 Kite fighting from the rooftops of New York leads to an important realization in a boy's life. 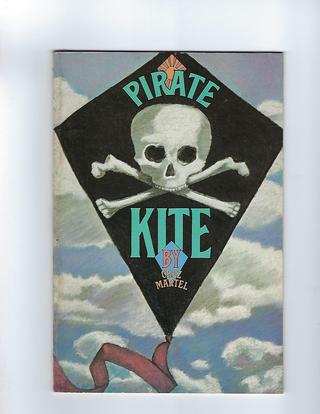 The Ghost of the Dutchman

A boy finds out that ambition and ghosts don't mix! 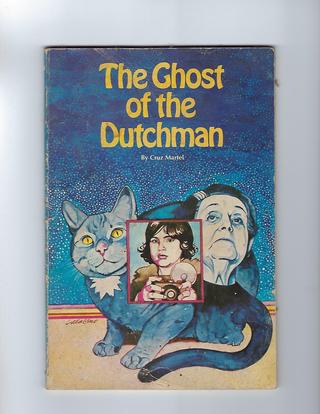 After years of silence, Brigitte Barrell has recrossed a bridge to her past to share an unusual and moving episode from her life among the ruins of war torn Germany.  Far from being a tale of war, however, Another Bridge is the true story of a mother's love and loss, a testimony to the universal truth that, as Brigitte says, "though men start wars, it is women and children who suffer them." Brigitte and Brent co-authored the book. 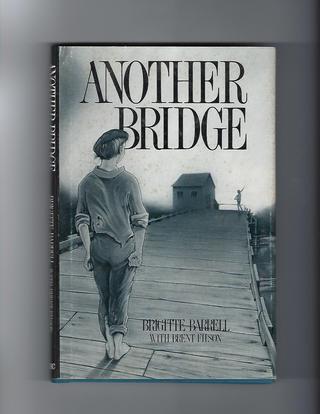 When he and his parents travel to Puerto Rico, Adán meets his extended family for the first time. He also learns what a "yagua" is and why it makes rainy days so much fun. Leadership challenges usually involve people, and people invariably generate emotional tests. However, most leaders fail to deal with the emotional dimensions of the challenges they face. When used daily, the Leadership Talk boosts leaders' effectiveness by enabling them to motivate people and keep them motivated while translating their motivation into action and results. 101 Ways To Give Great Leadership Talks

Supplement to The Leadership Talk. The fourth book in Brent Filson's leadership series. It focuses on the Results Process -- an eight-step process to get more results faster on a continual basis. With the book, you can substantially increase your leadership effectiveness and the effectiveness of the leaders you interact with. Authority Is a Poor Excuse for Leadership

Maxims have an illustrious history in the annuals of leadership. Applying the less-is-more principle of expression, maxims use our intuitive knowledge to trigger action, guide behavior, and promote values. Maxims can be especially important in these times of sharpened competitiveness when the traditional order-giving models of leadership are being replaced with leadership that is more effective in highly competitive, fast-changing circumstances. Leadership success results from people taking action. Leaders do nothing more important than motivate people to act. Defining Moment offers a practical guide for making this happen. Because leaders must speak effectively to lead effectively, the book provides a blueprint for a new kind of leadership, much needed in these times of penetrating economic and social change. An Executive Program Book Club selection. Executive Speeches: 51 CEOs Tell You How

The one indispensible skill that successful executives must possess is the ability to communicate, the ability to inform, persudade, convert and compel. It's Brent Filson's conviction that the basis of executive communication is the speech. So, he interviewed 51 CEOs of successful companies across the U.SD. for techniques on what worked for them in preparing and delivering speeches -- not only formal speeches to large audiences but those informal talks to small groups of people when communication is essential. In addition, he has detailed techniques he's personally used overf tghe years as president of a leadership consulting business, creating communication strategies and writing hundreds of speeches and position papers for a select clientele of highly successful executives. An Executive Program Book Club selection. 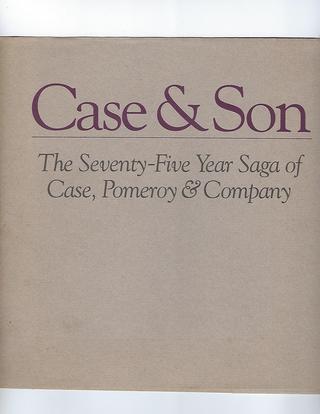 Brent Filson's remembrance of his son's high school football experiences is also a panegyric on leadership.  It begins with his being awakened by a phone call from his barely coherent son, a Marine Corps platoon commander in Iraq.  Brent Jr. had been seriously wounded, but the battlefield nurse allowed him to get on the phone briefly before surgery.  The football experiences the author then reflects on took place eight years earlier.  That Magical Berkshires October examines the relationship between father and son and how their defining football experiences, separated by decades, came together in a time of war to shape a transcndent vision of leadership. 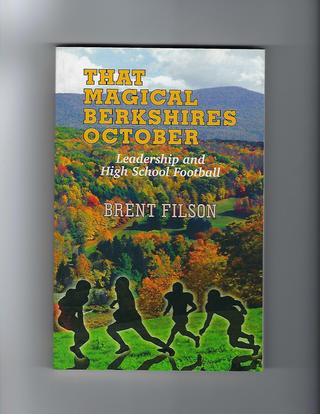 A Monster in Your Closet (Understanding Phobias)

Describes a variety of common and uncommon phobias, their causes, and some current treatments being used to overcome these mysterious afflictions. 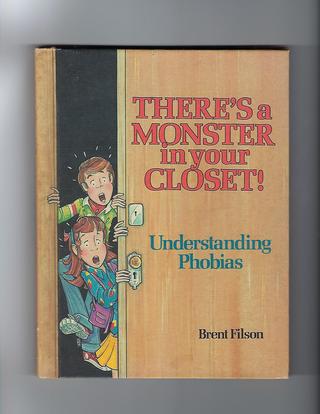 Famous Experiments of History And How to Repeat Them

You don't have to be a famous scientist to discover why sounds get higher as they approach us .. or to divide a beam of white light into many colored rays.  All you need is simple equipment, available at home or school, to conduct experiments that illustrate the basic principles of machines, water, motion, light, air electricity, sound, radioactivity and bacteriology.  Nine scientific investigations originated by some of history's greatest scientists -- Archimedes, Galileo, Newton, Von Guericke, Faraday, Doppler, Curie, Fleming, and an anonyous Egyptian pyramid builder -- are included.  Each experiment is preceded by a brief sketch of its creator and his/her major accomplishments. 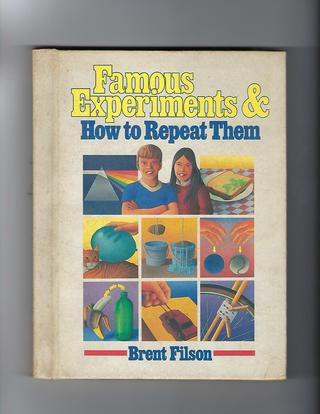 It can measure time in billionths of a second, detect a single atom, and drill through a diamond.  It can help repair the delicate tissues of the eye.  It will propel rockets into space faster, higher and more cheaply than ever before.  It is a laser -- a new tool of light.  Its scientific elements, history and the fascinating research that has taken place in the last two decades are all explored here. Superconductors And Other New Science Breakthroughs

Brent Filson investigates the leading edge of scientific research and its practical applications. The discovery of a supernova, the amazing neural net computers, and new developments in medical technology are other fields explored in this exciting, up-to-the-minute account of recent scientific breakthroughs. On a Cambodian Highway
The Great High Wind

Another Bridge
The Leadership Talk: The Greatest Leadership Tool
101 Ways To Give Great Leadership Talks
Results!Results!Results!
Authority Is a Poor Excuse for Leadership
Defining Moment: Motivating People To Take Action
Executive Speeches: 51 CEOs Tell You How
Case & Son
That Magical Berkshires October
A Monster in Your Closet (Understanding Phobias)
Famous Experiments of History And How to Repeat Them
Exploring With Lasers
Superconductors And Other New Science Breakthroughs